The Cantar Lontano Ensemble was born with the need to perform (the first modern performance) the massive polychoral compositions that since 1999 have represented the most important moments in the programming of the Cantar Lontano Festival in Ancona. Until then the study of Ignazio Donati's Cantar Lontano had been carried out with a small ensemble called Sacro & Profano.

While working with the ensembles of Jordi Savall and Gabriel Garrido the beauty of the voice and vocal repertoire was finally discovered. The unique beautiful voice of Rosa Dominguez was the one that ignited the desire to start working with singers. The first concert was in 1993 and since that moment the vocal repertoire became the preeminent interest of Cantar Lontano. The first recording in 1994 was fully dedicated to the unknown repertoire of the Marche Region with composers like Battiferri, Donati, Giannettini, Pace and this work was followed by many recordings and related research. Regarding the recording production company E lucevan le stelle, the ensemble experimented with many different settings for the kind of repertoire performed. Throughout all the nineties, this group of musicians gave many concerts and started to produce research about the unknown music of the Marche Region, especially concentrating on the Cantar Lontano praxis by Ignazio Donati. This very unique way of singing polyphony has been studied and tested in every form and in the many ancient churches with surviving ancient dedicated singing balconies. At the same time a pluriannual project for forgotten baroque vocal music was created and supported by a group of important institutions like Regione Marche, Rossini Opera Festival, Comune di Pesaro and Fondazione Scavolini.  This project ended in 2000. The birth of the Cantar Lontano Festival in 1999 represented an important creative opportunity for the group, as one of the aims of the Festival was to perform unknown music. In the 14 years of the Festival’s life, many old scores have been transcribed, performed and recorded and most of them are available on the E lucevan le stelle Music catalogue. For some works, such as the 4-choir Vespers for San Carlo Borromeo by Ignazio Donati, a testimony remains only in the recordings of the live performances. The Cantar Lontano Ensemble has been invited to and regularly performs in the most important early music festivals of the world.

ASK US A QUOTE 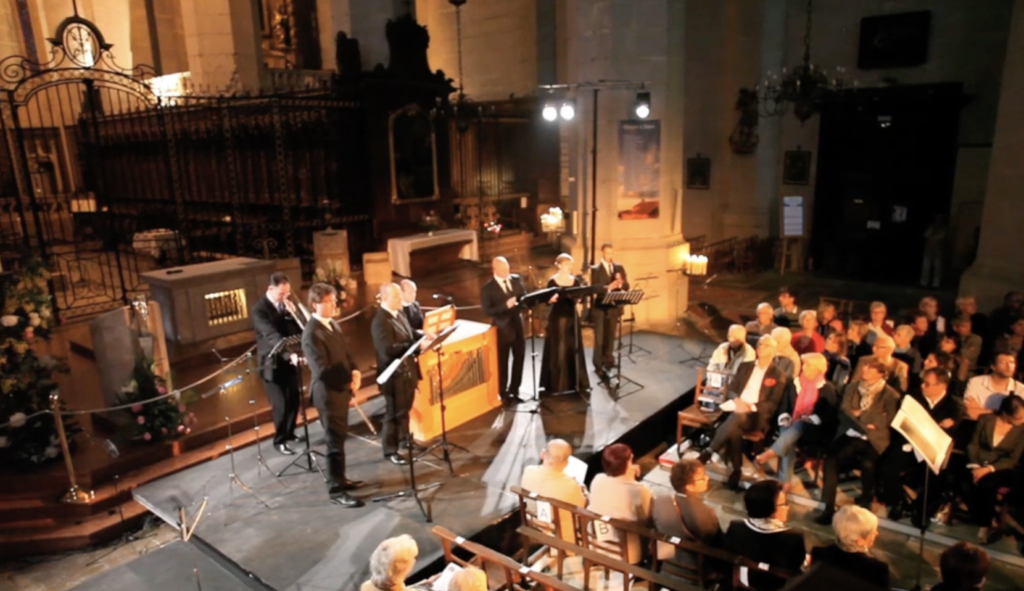 Some moments of the Cantar Lontano story