The Grand Canal is the main canal of Venice and marks the way to the Adriatic: the sea of the Piceni, the Romans, the Venetians. Venice, Ravenna, Ancona, Split, Bari, ancient Ragusa, today Dubrovnik, are cities rich in music and culture, from which musicians with the same background come: Canalgrande orchestra is a project conceived for them.

In the ancient navigation maps, the Adriatic Sea was often indicated as the natural continuation of the Grand Canal, as if that water contained within itself the sense of a large community, made up of welcoming people who grew up feeding on the same foods, always surrounded by beautiful things and trained with simple gestures. At the base of the birth of this orchestra, set up in Ancona in 2012, was a concept of friendship and brotherhood of musicians specialised in the practice of ancient instruments born and raised in contact with the Adriatic Sea. This new orchestra was proposed not only in the local area but also on the national and international concert market, with the possible circulation in Italian and European early music festivals. The birth of the orchestra was also intended as a training laboratory for young students who wished to approach the study of historically informed practice. Currently the orchestra brings together musicians from Italy, Slovenia, Croatia, Albania, Montenegro and Greece. Priority is also given to a research project on unpublished material, contained in the archives of the major Adriatic cities, to be performed and recorded. 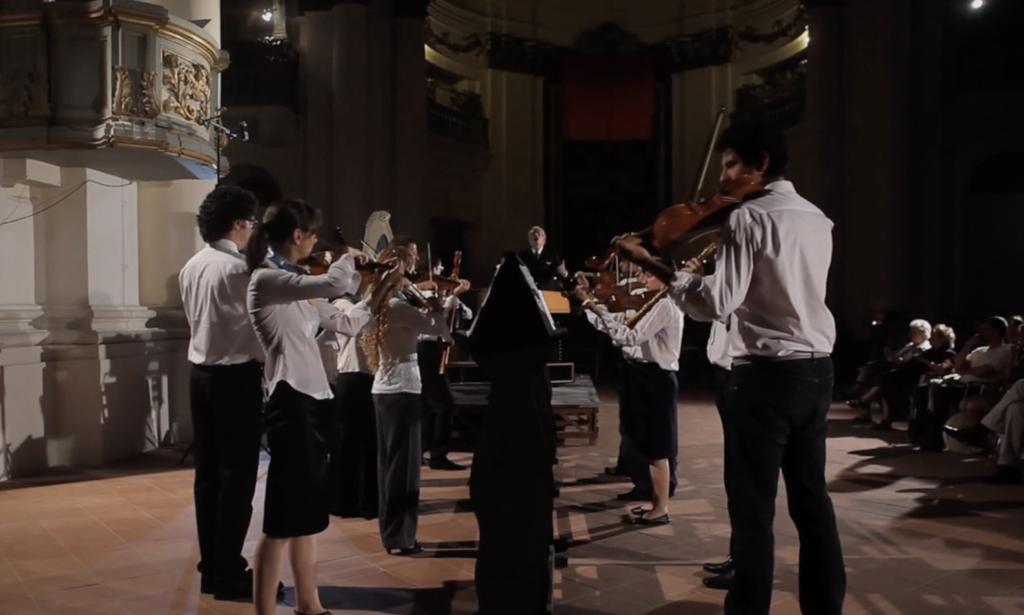